President of the Chartered Institute of Journalists and former NCTJ chairman Charlie Harris has died aged 60. 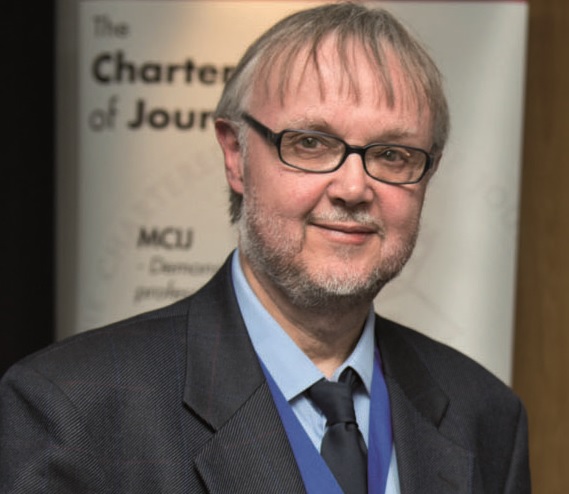 He had been diagnosed with bowel and liver cancer and died on 4 January at St Luke’s Hospice in Kenton, north London.

Charlie Harris worked in journalism and journalism training for more than 40 years. He was the launch editor of the Harrow Times in 1997 and worked in local newspapers in London, Buckinghamshire and Hertfordshire.

He was involved in the work of the NCTJ for many years, becoming chairman in 1990 as a representative of the CIOJ.  He served on the board until 1993 and continued his involvement in the NCTJ by helping with the NCE, marking logbooks and teaching on several NCTJ-accredited courses.

Joanne Butcher, chief executive of the NCTJ, said: “Charlie was committed to professional journalism training and editorial standards and is a great loss to journalism and journalism training. He was a stalwart of the NCTJ and he will be very much missed by me and my team who knew him and appreciated his loyalty, kindness and good humour.”

The funeral arrangements are as follows:

Service: Tuesday, 14 January at 11.00 am at the Roman Catholic Church of St Matthew in Northwood.

Reception: The Harrow Hotel (12-22 Pinner Road, Harrow, HA1 4HZ.)  Please advise the CIoJ before Friday if you plan on attending

It was Charlie’s wish that donations be made to St Luke’s Hospice rather than flowers and his family have set up a JustGiving page here: www.justgiving.com/CharlieHarris