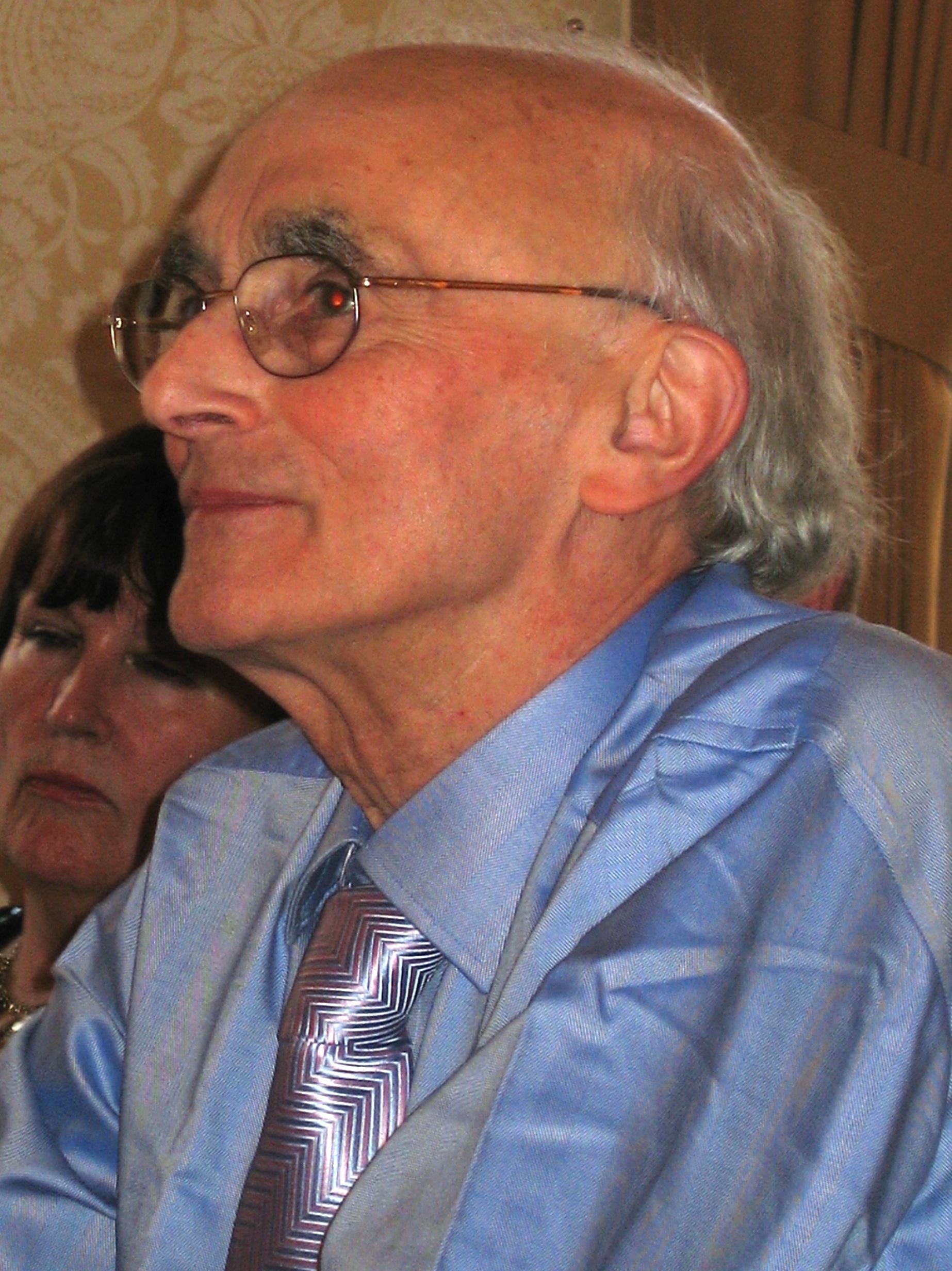 Walter was co-editor of McNae’s Essential Law for Journalists from 1979 to 2007.  He continued to be actively involved in the book’s publication, initially as an editorial consultant and then as the author of the chapter on Northern Ireland.

He spent most of his professional career working for Thomson Regional Newspapers and Trinity Mirror and as a law training consultant for Press Association Training.

Walter was honoured in 2010 at the NCTJ’s Journalism Skills Conference when he was presented with the Chairman’s award for his outstanding contribution to journalism training.

Speaking at the time, Kim Fletcher, the NCTJ’s chairman said: “With a modesty unusual in such a legendary industry figure, Walter remains hugely popular and treasured by all those involved closely in the NCTJ and the industry.  He is a passionate advocate for professional journalism training and the NCTJ. It’s thanks to Walter that today we have a media law programme that grasps the fundamental legal challenges to publishing.”

Leading the tributes to Walter, Joanne Butcher, NCTJ chief executive, said: “Walter began his association with the NCTJ in the 1960s and remained an advisor on our media law syllabus and a contributor to the ubiquitous McNae’s, which he co-authored and contributed to for more than 30 years. He was regarded with great affection and esteem by all who worked with him. Modest, good humoured, a true gentleman, totally professional and committed to standards, he loved newspapers and was passionate about journalism and training. I’ll never forget his kindness and support, and will always be grateful for his wise counsel and honest advice.”

Further tributes for publication on the NCTJ’s website can be emailed to joanne.butcher@nctj.com 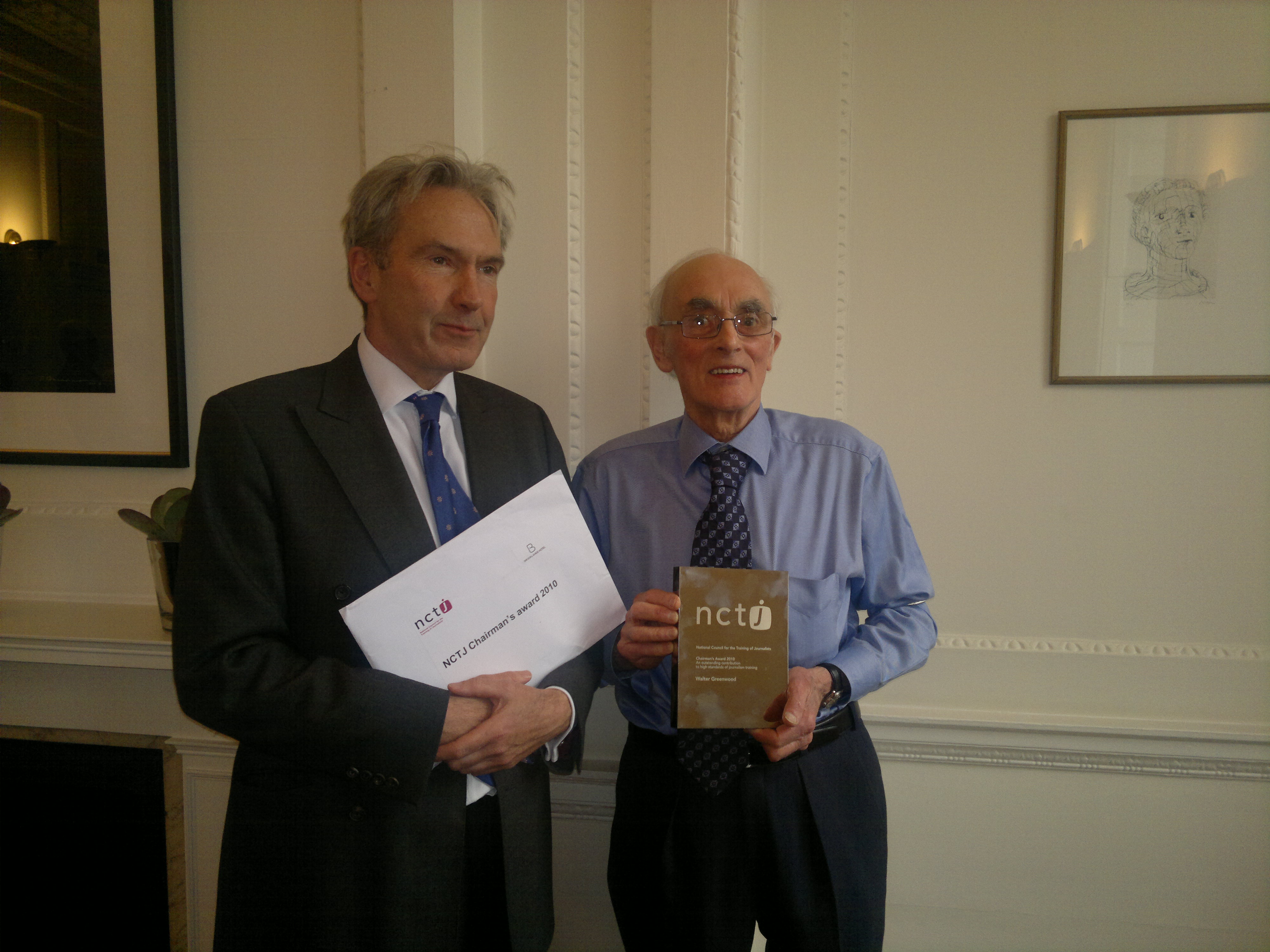 Kim Fletcher, NCTJ chairman: “It is a measure of Walter that he is remembered so fondly by generations of journalists who had the benefit of his teaching. Here was a man who radiated enthusiasm for the trade and made a great impression on the young men and women he taught. He understood that the law demanded responsibility from journalists, but also gave them power. Thanks to him, and armed with the principles of open government and justice, they had the confidence to challenge figures in authority who attempted to avoid public scrutiny.”

Brian Pillans, media law tutor at Glasgow Caledonian University and member of the NCTJ media law board: “It was quite a shock to hear last night that Walter had died. Although I knew that he had been ill, the energy and dedication I knew him for made him seem indestructible! Describing Walter as a ‘legend’ and as a ‘guru’ cold not be more apposite. For me Walter was an inspirational character – not only was he enthusiastic in sharing his encyclopaedic knowledge of media law, he was tenacious in keeping up with developments – apparently when on holiday having relevant cuttings faxed to his hotel – and in defending the right of the media to publish and of the public to be informed. I remember many a law board where Walter, dealing with the standard agenda item on law developments, would raise the spectre of proposed legislation and inform us drily of the consequences, before describing his telephone conversation with his contact in the Home Office and rounding off with that familiar expression of incredulity that summed it all up: ‘Do they never learn’!

“I think we can all learn from Walter’s attention to detail and insistence on accuracy. I was honoured in that he would occasionally ask me to confirm points on media law in Scotland. I don’t recall him ever not being correct on anything – and I do recall occasions where he was able to point out why other experts were wrong. I did take great pleasure on a couple of occasions in informing Walter of legal developments in Scotland that I knew he would find of interest – for which he was gracious in his thanks. I was always suspicious that he knew these things already – Walter’s humility was such that he would never let on if he did.

“I’ve missed Walter since he retired from the law board – though I’ve always felt his presence especially when discussing legal developments and the law PoS and examinations in Northern Ireland. I will forever associate him with McNae – indeed it was at the launch of the thirteenth edition in 1995 where I first met Walter. Scanning through the introduction to that edition I can hear Walter’s voice warning the reader of more encroachments on their liberty to report and issuing a reproof to media organisations and representative bodies for their apparent apathy in taking up opportunities to bring about much needed changes.” 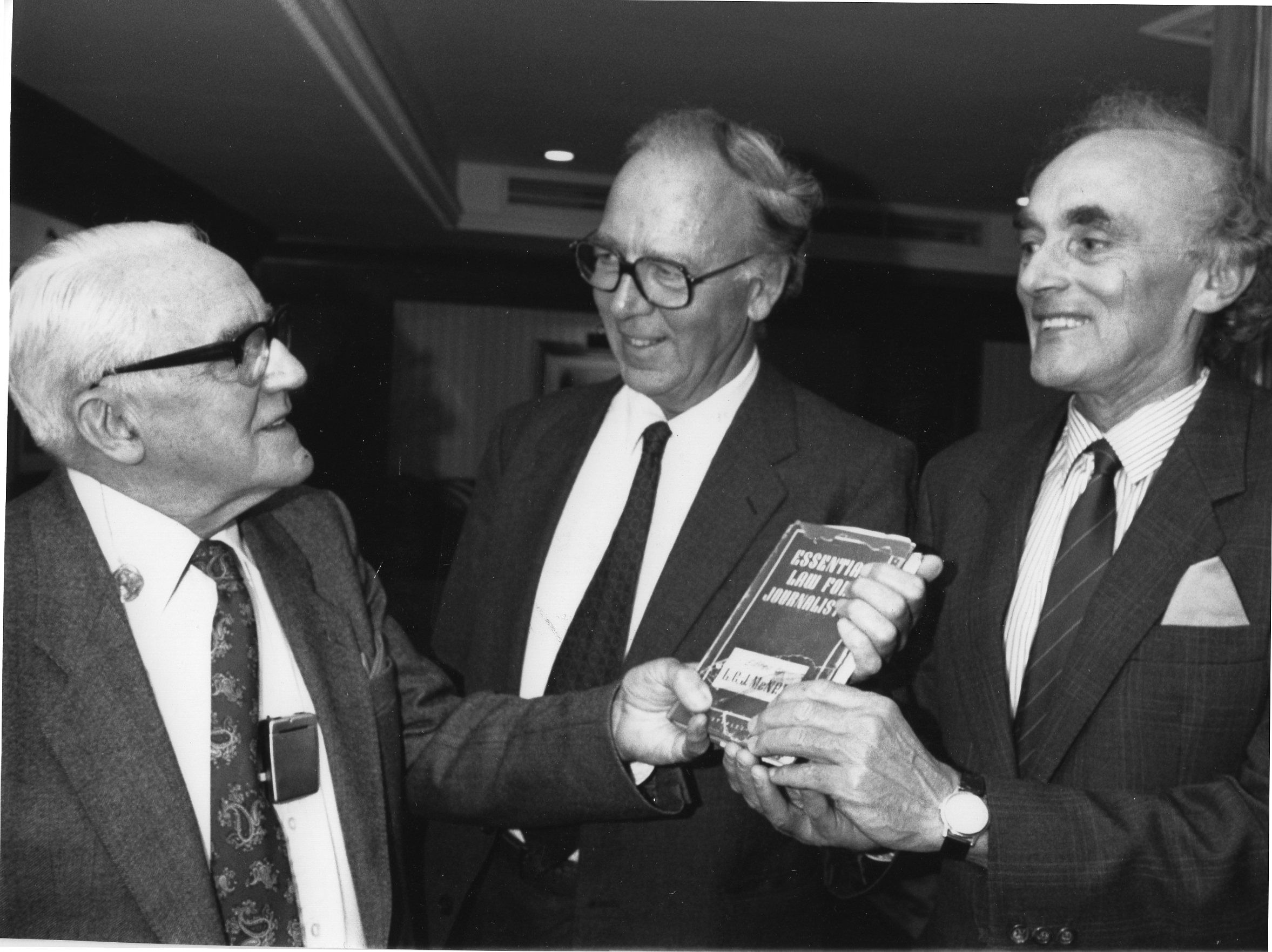 Tom Welsh, former co-author of McNae and the first director of journalism at City University: “When Alec Newman, NCTJ’s director, asked me in 1979 to take on the editorship of McNae, I was hugely flattered but was frantically busy in the process of setting up the journalism courses at City University, where I was the first Director of Journalism. I said I would take on the job only in harness with Walter, with whom I had worked harmoniously on the council’s law examinations board. Walter’s agreement let to a fruitful collaboration over many years and a very warm friendship. I shall miss him badly.”

Bob Satchwell, executive director of the Society of Editors: “To coin a cliché Walter was truly a legend in his own lifetime. Everyone who has had a proper training in journalism and – even those who haven’t – know his work even without registering his name. Essential Law for Journalists has been the Bible for several generations of journalists and many of them have been trained by him face-to-face. He was a gentle man with immense knowledge and experience that enabled him to pack a powerful punch. His fellowship of the Society of Editors was greeted with loud acclaim. We should celebrate his long life and him immense contribution to journalism and therefore public life generally.”