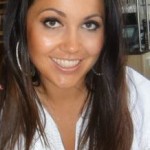 Two Journalism Diversity Fund recipients have fought off fierce competition from over 4,500 applicants to win two of just fourteen places on the prestigious BBC Journalism Trainee Scheme.
Sophie Mei Lan Slack, who completed a PgDip in journalism at University of Salford, and Megan Bramall, who studied on a fast-track course at News Associates, Manchester, will join the year-long paid training scheme in September.

Sophie, a 2012-13 bursary recipient who heard about the scheme through the fund, said she was “absolutely chuffed to bits” upon hearing the good news.

She said: “I couldn’t believe it. I really didn’t think I had a chance and I knew I wanted it so much that I thought I wouldn’t get on.

“This is definitely a once in a lifetime opportunity.”

Sophie will undertake a current affairs placement with BBC Online and Radio 4 File on Four before finishing off her year at The One Show.

Megan, who was a awarded a 2013-14 bursary, will also spend some time with BBC Online in London, and will then move to 5 Live and Breakfast TV, both of which are based in Salford.

Megan remarked she was “absolutely over the moon” and said: “When I received the phone call informing me that I’d been accepted on to the scheme I couldn’t believe my ears.

Applicants who got through to the assessment day stage were put through their paces in a variety of activities including a group challenge, a voice and script test, a news writing and breaking news test and an individual interview.

Despite the process being “really intense”, Sophie said it was also interesting and well organised as they moved from assessment to assessment.

She added: “I also really believe what the BBC says in trying to diversify newsrooms and offices.

“I never thought the BBC was a place for someone like me – I used to listen to Radio Four and try to copy their accents but to no avail – so hopefully this year will give me the confidence I need to work there.”

What advice would they give to future applicants?

“My advice is just to be yourself,” said Megan, “whether you’re from a diverse background, a privileged background or somewhere inbetween.

“Don’t change who you are to adapt to what you presume the BBC are looking for because you’re probably wrong.

“I think the most valuable thing you can get is experience. Although my journalism qualifications did help some way, what really got me through assessments and tough interview questions was being able to call on journalistic experience. So I’d urge any future applicants to just get out there and take anything you can get!”

Sophie advised applicants to be “totally honest” with their applications.

“Think outside the box and come up with ideas that will affect the whole country. It’s always good to have examples of genuinely ‘new’ stories you’ve done and uncovered.

“But, as ever, passion is key as they are investing a lot of time and money into trainees so you’ve got to really want it.”