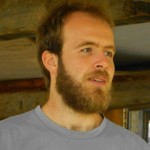 “Well,” I thought to myself, “that sounds like the Journalism Diversity Fund. I bet they can get me in there.” So I sent off an email to Benjy Wilson from the JDF asking: “Are the New Statesman talking about you guys here?” Benjy told me that they were not but it did sound like their sort of thing so he would send the New Statesman an email anyway.

I was delighted when he got back to me a few days later to tell me that the JDF and the New Statesman had arranged a new work experience scheme whereby two bursary recipients were welcome for a week’s placement at the Statesman – and would I like to go first? Absolutely!

Fast forward a few weeks and there I am, standing awkwardly in my brand new, Marks and Spencer Factory Outlet Store suit, outside the central London offices of the New Statesman.

I had a great time. One thing I would say to future work-ex people: bring an idea. I piped-up at the editorial meeting on my first day with my idea for a piece on crowdfunded funerals, the deputy editor Helen Lewis liked it and I was allowed to get on with it.

When I had finished the funerals piece Helen called me into her office for a chat about who I was and what I was doing there. “What do you like writing then?” she asked me. My mind went blank, “politics and current affairs,” I blurted out (it seemed like a safe bet). “I see,” said Helen, “and where are you from?” Bristol, I told her. “Great! You can write the piece about the Mayor of Bristol and whether they’re going to re-elect him in May!”

I had never written anything like that before but, filled with trepidation, I set about my task. It took me a long time, lots of research, a very late night and a very early morning but I managed to turn out something vaguely readable about Bristol’s famous red-trousered mayor.

When I finished the mayoral piece I found myself sitting there, mid-afternoon with nothing to do. So I asked the deputy web editor if I could pitch something to her. She was more than happy to read my pitch for a piece about ‘generation rent moving off-grid’ and she agreed to let me write it.

The whole thing went really well – my first article (crowd-funded funerals) got into the ‘editor’s picks’ section of the website and two days ago I got a call from BBC Radio Surrey asking me to come on their breakfast show and discuss the subject (which was the most terrifying thing I have ever done at 7am) and the generation rent piece is the most-read article on the New Statesman website today!

Everyone in the office was very friendly (and surprisingly young!). I learned a great deal about politics by researching the Bristol piece but I learned a great deal more by drinking with the New Statesman’s web team. On top of all that the placement was a fantastic opportunity to have my work published on a national platform – I would recommend it to anyone. Bring an idea.