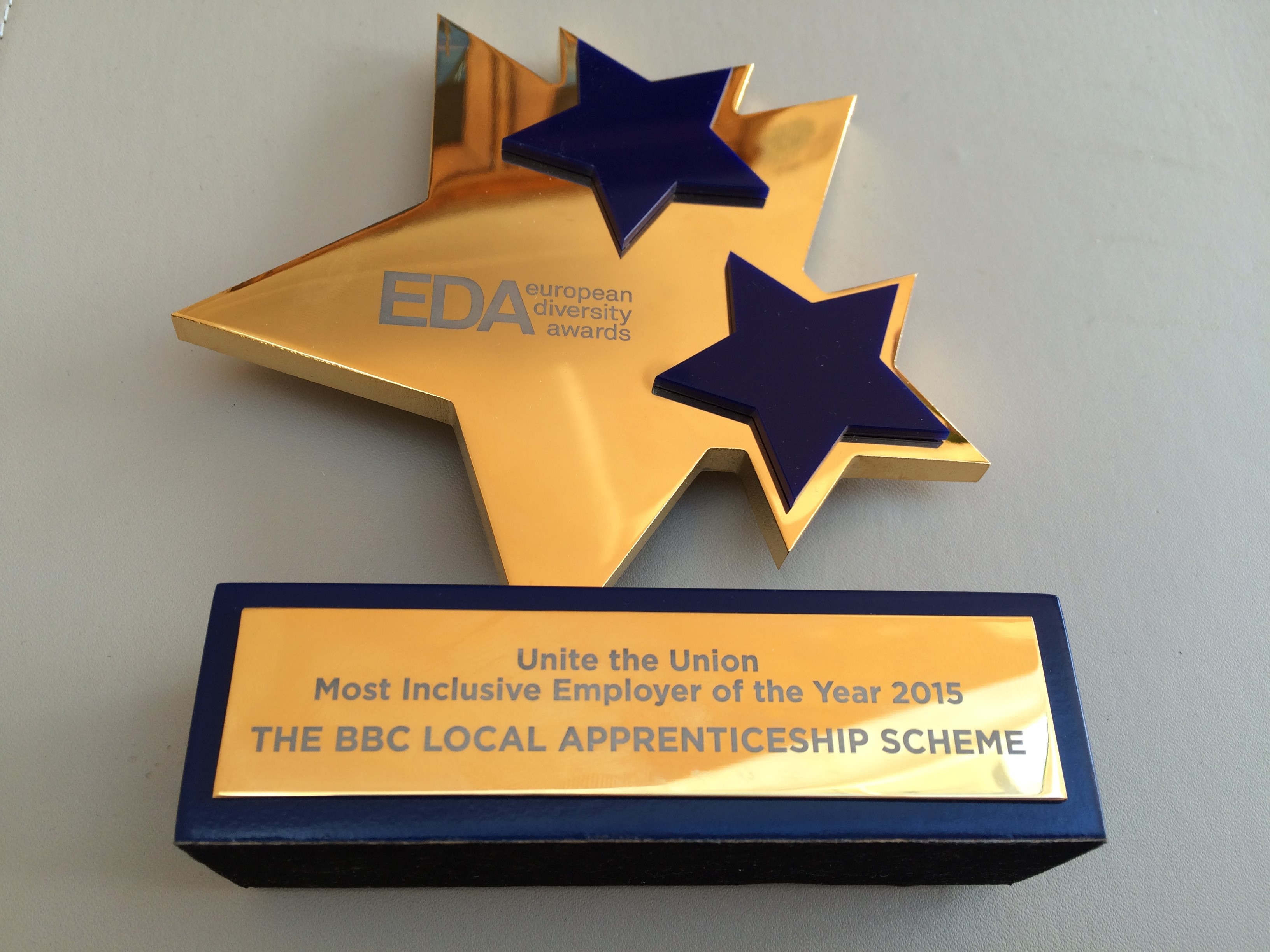 A BBC apprenticeship scheme which delivers NCTJ journalism training has been highly commended at the European Diversity Awards.

The apprentices are working for 15 months towards the Level 3 Advanced Apprenticeship in Journalism which includes the NCTJ Level 3 Qualification in Journalism Practice. The training is provided by the BBC Academy and City of Wolverhampton College at BBC Birmingham.

There was also special recognition for Claire Prosser, founder and former director of the BBC’s Journalism Trainee Scheme, who sadly died last year. She was honoured with the lifetime achievement award. A former print journalist, Claire championed the pursuit of fresh, diverse entry-level talent into BBC News, helping to make it a more representative workplace more in touch with its audience.

Established in 2010, the European Diversity Awards celebrate people and organisations with a track-record in promoting equality and diversity. Over 600 guests attended the ceremony which was hosted by TV presenter Nicki Chapman.

Linda Riley, founder of the European Diversity Awards, paid tribute to the winners. She said: “All those nominated for a European Diversity Award should rightly feel proud because in their own way they have contributed to making Europe a more tolerant, diverse and just society. We should never forget how far we’ve come but there is still much more to do which is why these awards are so important.”