Journalism apprentice Dan Wright has won the self-development award at the Kent Messenger Together We Made A Difference Awards 2014. 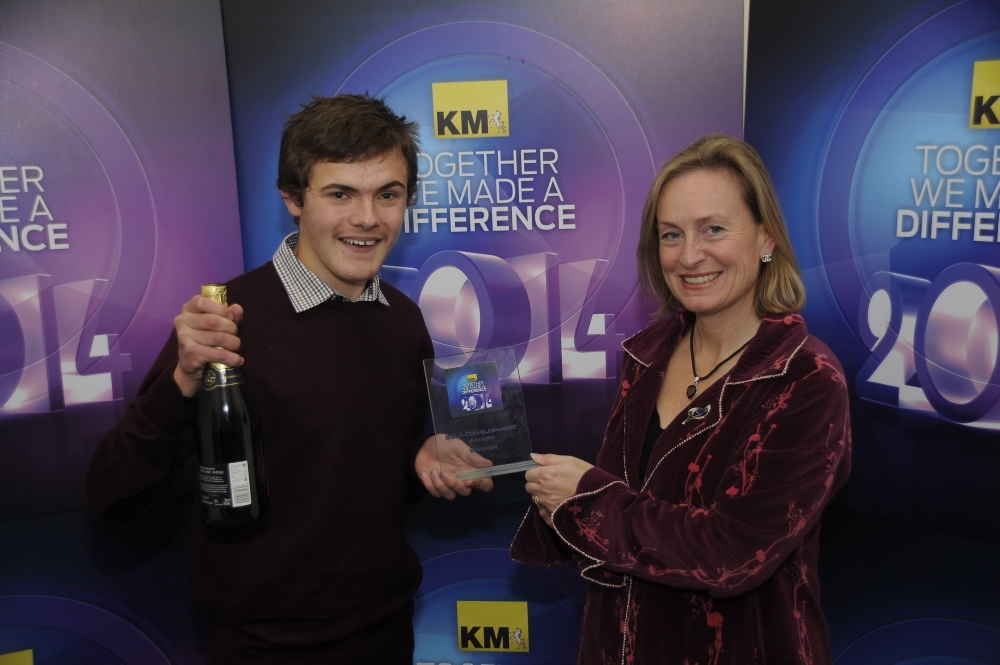 Dan, an editorial apprentice at the KM Group, was presented with his award at a ceremony in the Old Brewery Store, Faversham on Thursday, 27 November.

He was part of the first cohort of NCTJ journalism apprentices who began work in September 2013 while studying a day-release programme at Lambeth College. Dan won the award for his work during the first year of his apprenticeship. This included passing his 100wpm shorthand exam on his first attempt and representing NCTJ journalism apprentices at a reception at No.10 Downing Street and as part of a panel discussion with Prince Andrew at the Society of Editors regionals’ seminar earlier in the year.

Dan said: “It was great to get the self-development award at the KM awards night. The first year of my NCTJ apprenticeship has flown by and I’ve learnt so much so winning the award has capped a great year.

“I owe a big thanks to my KM colleagues – from news, multimedia, sport and What’s On – who have all taught me so much.”