Former NCTJ student and trainee journalist Gareth Davies has been crowned young journalist of the year during this year’s regional press awards, where hundreds of guests were evacuated following a fire alarm on Friday, 15 May.

Gareth, a reporter for The Argus in Brighton, completed his NCTJ training at Brighton Journalists Works in 2013 and is currently studying for his National Qualification in Journalism (NQJ).

He was one of eight winners who were presented with their awards before guests at the event were evacuated from The Marriott Grosvenor Square in London to nearby Grosvenor House, where they were given glasses of champagne. The ceremony resumed later on the Friday afternoon.

This is the second year in a row that both an alumni of Brighton Journalist Works and a reporter at The Argus has won the prestigious award. Last year’s winner Ben Leo was also an NCTJ-alumni and Argus reporter.

The annual awards celebrate regional and local journalism in print and on digital platforms. 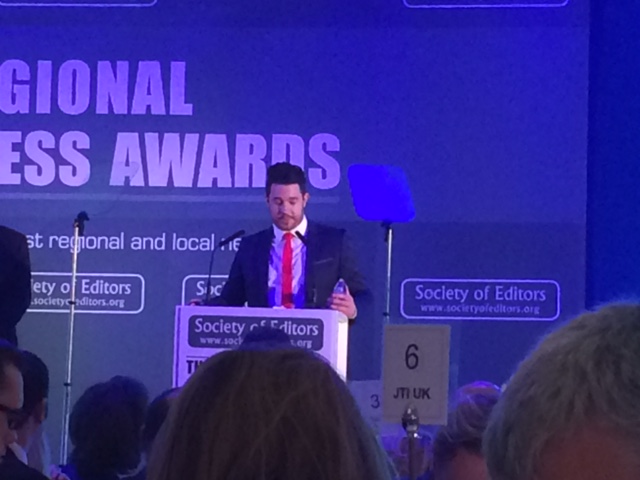