Cait Findlay has filmed snippets of her busy working day as a community news reporter for Cambridgeshire Live.

The 24-year-old started her day on 15 December preparing to cover the Royal College of Nursing strikes at Addenbrooke’s Hospital in Cambridge.

Before driving down to the hospital and broadcasting a Facebook Live, she made sure she had learnt all about the strikes so she was fully prepared to interview nurses on the picket line.

“Ahead of time, my editors also asked if I could do a Facebook Live. So when I got there, I was trying to speak to people to get their thoughts and I wanted to show what the atmosphere was like.

“One of the nurses there was retired, and I thought that was quite interesting that she showed up to make her views heard.” 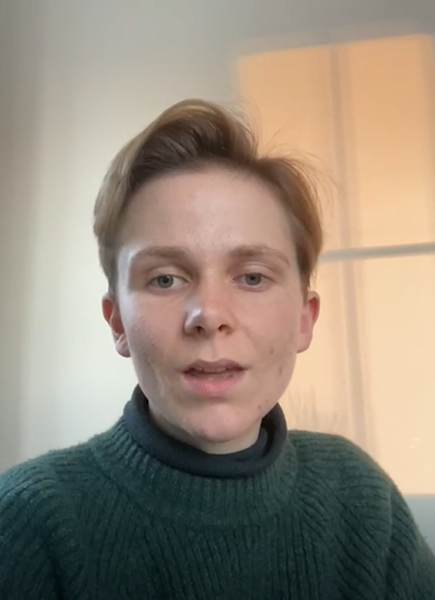 Afterwards, Cait headed back home as she had a call scheduled about a new domestic abuse charity that had been set up.

There was then time in the afternoon to write and upload her story about the nurses’ strike, file other stories she had written and speak to someone who founded a Reddit community and encouraged 1,000 people to donate blood to the NHS.

Cait said: “It was a really busy day. There are some days that are quite crazy where you have more things scheduled, but quite a lot of the time I can work to my own schedule.”

Cait joined Cambridgeshire Live in May as part of the Community News Project, a partnership between the NCTJ, Meta and 23 regional publishers to support journalists to report on underserved communities.

She is studying for her NCTJ Diploma in Journalism remotely with Darlington College.

Fiona Leishman, content editor at CambridgeshireLive and PeterboroughLive, said: “Cait has been a real asset to the team since joining.

“Her commitment and dedication to the role and to sharing people’s stories has helped her produce some outstanding work.

“She’s an absolute joy to work with and produces in-depth pieces which are emotive and moving, helping us to reach new communities, and to best represent the diverse county which is Cambridgeshire.”